Blockchain technology holds the potential to transform almost every sector of the tech industry. The top blockchain stocks will be businesses that leverage this potential effectively, although many have tried and failed.
Companies that have promising blockchain projects in the works tend to be those that already have the existing expertise and infrastructure necessary for the technological demands entailed.
A wave of innovation fueled by blockchain tech is sweeping the globe. What’s the best way to gain related exposure?
Of course, you can always buy and hold cryptocurrency, which amounts to placing a call option on the underlying technology. But doing so requires an understanding of how to hold your own private keys in addition to having a high tolerance for risk and volatility. It’s not for everyone. 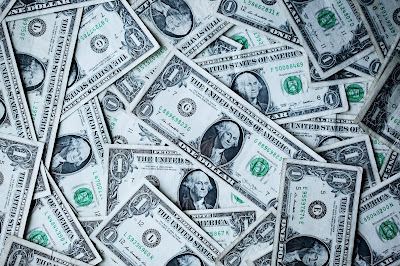 What about blockchain stocks? These are companies making investments into practical applications of blockchain technology. Holding blockchain stocks gives you exposure to the tech without having to invest directly in related coins or tokens.
Investing in companies that are pursuing realistic blockchain projects will prove profitable in the long run.
The blockchain allows for transactions that can be verified, secure, transparent, and immutable. The first application of this technology was for financial transactions involving a peer-to-peer digital currency known as bitcoin. But that’s only one potential use for blockchain, and a limited one at that.

It reminds me of a scene from “Avengers: Age of Ultron” where Ultron is talking about Vibranium, the strongest metal in the Marvel universe. Ultron notes that after having discovered this revolutionary material, humans did nothing more than make a frisbee out of it (referring to Captain America’s circular shield).
Bitcoin is sort of like the equivalent of a blockchain frisbee. The ability for decentralized financial transactions is great, but there’s so much more that can be accomplished.
To be clear, this isn’t the mania that pervaded the industry during late 2017 and early 2018. During that time, any company that so much as uttered the word “blockchain” in a press release saw ridiculous share price increases at the hands of fevered speculators. And some companies devoted massive amounts of capital to blockchain projects that only lost money in the long run. 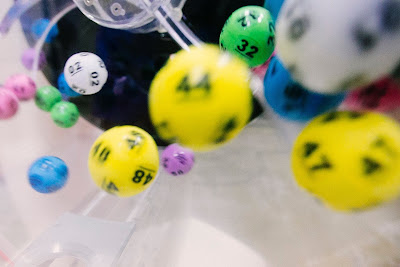 Now that the initial high has worn off and things have come back down to Earth, it’s time for a more down to Earth assessment of the potential of blockchain tech and companies that are investing in its development.
These companies are building an economic moat for themselves. By creating new and unique applications of blockchain technology, they are effectively entering into a league of their own, as most competitors have yet to even fathom the paradigm change that has begun.
That’s not to say that competition is nonexistent. Just look at the hundreds of altcoins that have come and gone over the last several years. But there’s a big difference between some obscure crypto startup and a well-established company that is investing in blockchain.
Here are some top blockchain stocks that fall into that category.

Microsoft has almost been making too many forays into blockchain to count. Two early concepts involved using blockchain to empower supply chains and to create a fraud-proof digital identity database.

The real mover and shaker for Microsoft, however, has been Azure Blockchain Services, which is part of Azure Cloud Services. Azure is a fully managed service that gives users the ability to create and manage consortium blockchain networks. Basically, it’s intended to make it easier for businesses to build decentralized applications using blockchain technology.

The first distributed ledger to be managed on Azure Blockchain Services is Quorum, created by J.P. Morgan. Azure CTO Mark Russinovich said the following about Quorum:
“Because it’s built on the popular Ethereum protocol, which has the world’s largest blockchain developer community, Quorum is a natural choice.”
This statement doesn’t make a whole lot of sense given that the majority of decentralized apps are also built on Ethereum, so by this logic any of them would also have been “a natural choice.”
Russinovich added the following, though:
“It integrates with a rich set of open-source tools while also supporting confidential transactions – something our enterprise customers require.”

Azure Cloud Services boasts that “95% of Fortune 500 companies trust their business on Azure.” That’s a long list of clients. If they begin adopting blockchain, chances are they will do so through Azure Blockchain Services, and Microsoft will be the main benefactor.

IBM is another company positioning itself to become a top blockchain stock. Their enterprise product involves supply chain management. The company partnered with blockchain company Chainyard to develop the Trust Your Supplier network. Other founding members include Cisco, Lenovo, Nokia, Schneider Electric, and even companies outside the tech sector like GlaxoSmithKline and Anheuser-Busch. This blockchain project helps reduce the risk of fraudulent activity and errors in the system.

Trust Your Supplier uses a unique digital passport to verify the identity of suppliers on its blockchain network, which allows suppliers to securely share information with specific buyers. Through the use of the service, companies can qualify, validate, and manage new suppliers in a faster, cheaper fashion.

The focus will be on "#digital transformation, #customer experience enhancement and #business innovation” among" other things #blockchain #technology https://t.co/zFjehy9CyO
— IBM Blockchain (@IBMBlockchain) October 2, 2019

“The Trust Your Supplier network thus joins an array of other blockchain-based projects from IBM. In mid-July, the company tripled the number of blockchain patents secured in the United States since 2018, boasting over 100 active patent families.”

It’s a safe bet that at least a few of those patents turn into something profitable.
For now, IBM already has the Trust Your Supplier network up and running in addition to its “Blockchain as a Service” implementation called “IBM Blockchain.” IBM Blockchain allows customers to build new blockchain networks, much like Azure by Microsoft.

Akamai is a tech company that provides an array of digital services to world-class clients. Their areas of expertise include web performance, media delivery, network operations, and cybersecurity. The company is trusted by scores of the top eCommerce sites, banks, asset managers, and video game companies in the world. They claim to have mitigated some of the largest and most sophisticated cyberattacks the world has ever seen.
Akamai is developing a blockchain payment network that can process millions of transactions per second (compared to 40,000 per second for Visa or 7 per second for bitcoin). The solution is intended to solve the biggest problems facing established blockchains, particularly scalability and latency.

The company has partnered with MUFG, the largest cloud delivery platform in the world, to help make this dream a reality. They intend for the payment network to first be available in Japan during the first half of 2020.
Other projects have made similar promises and failed to deliver. If AKAM can make it work, they stand to profit well. They already have the infrastructure in place, and so have a certain synergy with the blockchain. A press release issued by the company in May 2018 provides a good summary of that fact:

"Akamai drew upon its decades of experience in developing and deploying distributed systems at global scale, along with market-leading performance and security services, in building the blockchain architecture. The new blockchain platform offers improved scalability, reliability, performance and security that is unique to Akamai’s Intelligent Platform, which is trusted by the top brands around the world."

The world has been waiting for a scalable blockchain-based payment solution for years. Could Akamai be the first to make it work? Time will tell, and they’re certainly capable of pulling it off.

These Top Blockchain Stocks are Positioned to Succeed

Of these four, I like Akamai the best. The company stands to improve its entire business model by implementing blockchain-based solutions. If they can do so effectively while maintaining the portions of their business that have led them to be successful so far, it’s hard to see them not doing well. And given they already have some of the necessary infrastructure and expertise in place, their odds of succeeding are higher than average. 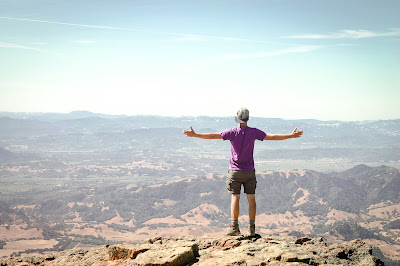 There’s not much need for discussing downside risk or competitors to these top blockchain stocks. As mentioned, making investments toward creating and utilizing practical applications of blockchain technologies puts these companies ahead of most, if not all, of the competition as of 2019.
I make the qualification of including the current year because I believe that over time all organizations will have to use blockchain tech to remain competitive. For the time being, the companies named above are just a few of the top thought leaders blazing the blockchain trail.
A notable example of an established company failing to deliver on its big blockchain dreams is Overstock.com (see my previous article on OSTK). But that failure came about as a result of poor management decisions coupled with an overzealousness about the usefulness of one particular application of the technology. Most of the companies above have experimented with multiple use cases for blockchain, and none of them are becoming obsessed with it to the detriment of the rest of their business (as was the case with Overstock).
In sum, companies are betting big on blockchain. And it’s wise to bet big on those companies that are pursuing realistic blockchain projects. Whether you want some exposure to blockchain or are just looking for good places to invest in tech in general, you can’t go wrong with being long blockchain stocks like these.
Disclosure: I have no positions in any stocks mentioned.