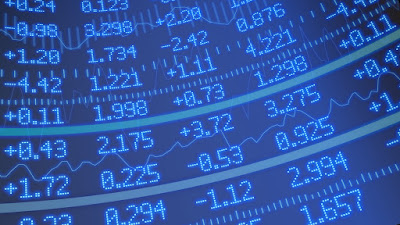 In his most recent book, The Road to Ruin: The Global Elites’ Secret Plan for the Next Financial Crisis, former CIA analyst Jim Rickards notes that some of the biggest financial bodies in the world have been warning of excessive risk in financial markets since 2014.
Through a series of published papers, press releases, and public statements, institutions like the IMF and BIS have been subtly telling the world that another crisis has long since been baked into the economic cake.

Risk in Financial Markets as Described by the IMF

The International Monetary Fund (IMF) and the Bank of International Settlements (BIS) are the two most significant economic groups in the world. Their statements regarding risk in financial markets should be examined carefully.

Headquartered in Switzerland, the BIS is the central bank of central banks – the head of the snake that is the central banking system, so to speak. And the IMF is just what it sounds like – a monetary fund for the world, providing loans for countries that are in dire straits.
As far back as October of 2017, the IMF has been making statements regarding the insane levels of debt being accumulated by corporations and individuals. Without even taking into account the hundreds of trillions of dollars’ worth of public debt that national governments have piled on since the 2008 crisis, the nonfinancial sector itself has become a potential risk.
Taken together, the amount of leverage existing within the nonfinancial sector of G-20 economies is now larger than it was before the ’08 collapse, according to a report by the IMF.
“Increasing leverage signals potential risks down the road,” according to the same report.

On August 25th, Agustin Carstens, General Manager for the Bank of International Settlements, gave a speech during the Federal Reserve Bank of Kansas City’s 42nd Economic Policy Symposiumentitled “Global Market Structures and the High Price of Protectionism.”
In the speech, Carstens detailed just a few of the risks posed by current trends.

“Tariffs could therefore push up US prices, possibly requiring monetary policy to react through more rapid increases in interest rates. Such a response would widen the interest rate premium to the rest of the world and could drive the dollar higher. This would hit US exporters with a double whammy, and emerging market economies with a triple whammy. For emerging markets, a stronger dollar tightens financial conditions, triggers capital outflows and slows growth.”

The speech concluded by noting that nonfinancial risks (such as those identified by the IMF) can interact with, and possibly exacerbate, the type of risk that has been building up in the broader financial system for the past decade.

“When assessing these risks, we should not underestimate the potential for real and financial risks to amplify each other in unexpected ways.”

In other words, increasing leverage means increasing unpredictability and systemic risk. The longer these trends continue, the more likely it becomes than an unexpected lynchpin could spark the next crisis.

Let’s be real. Despite the cautious, uncertain, and vague language they use, these institutions and their managers know full well what’s happening and what it means for the future.

While no one can predict with absolute certainty exactly what’s going to happen and when, it doesn’t take a genius to be able to discern that something is seriously wrong, and at some point, it will lead to a chain-reaction of financial failures.
This crisis is already playing out in countries like Venezuela, Turkey, and Argentina, as their respective currencies circle the drain (fun fact: the Venezuelan Bolivar is now worth less than the digital currency used in the popular MMORPG game, World of Warcraft).

With Risk in Financial Markets, Position Your Portfolio Accordingly

While no one can stop what has been set in motion so far, not everyone has to be a victim of it. Position yourself to gain from developing trends while you still can.
The GSB portfolio is packed with mining stocks, cannabis stocks, and cryptocurrencies that are poised to power higher amidst a crisis. Many of these assets have already gained significant ground recently. Subscribe today to gain exclusive access to our picks.