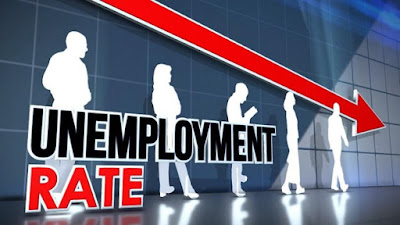 Numbers are great. Quantitative analysis and related methods of inquiry into our world can yield startling insight into objective events.

Every great technological and scientific advancement in history has manifested through numerical understanding. An increase in mathematical comprehension can lead human beings to heal diseases, communicate across vast distances, conquer the stars, and more.

Yet even Albert Einstein once said that:

The point is if you can’t see past a simple figure, you’re missing quite a lot of the picture.

In order to begin to understand what numbers really mean, especially with regard to economic and financial numbers, it’s necessary to look at the fundamental factors underlying those figures.

Drawing a conclusion from a single number like a percentage point is like trading a stock, currency, or commodity by looking at a single variable like a moving average, Fibonacci retracement, or Bollinger band. Without considering the actual fundamental features of the underlying asset (market cap, quarterly sales, price-to-earnings ratio, etc.), you have no idea what’s really going on. You’re throwing dice at a craps table with a blindfold on.

Yet you have better odds of winning while gambling blindfolded than you do of discerning economic reality by reading official statistics.

When Keeping It Quantitative Goes Wrong

In modern Western culture, we place a high value on numbers. They provide us a quick and easy means by which to assess things that matter to us.

However, we seldom stop to think about how quantitative reasoning can be blended with rhetoric to conflate, confuse, conquer and divide entire populations.

Here’s why the official unemployment rate is inaccurate.

What does it mean to be employed? According to the Bureau of Labor Statistics,

Employed persons (Current Population Survey)
Persons 16 years and over in the civilian noninstitutional population who, during the reference week, (a) did any work at all (at least 1 hour) as paid employees; worked in their own business, profession, or on their own farm, or worked 15 hours or more as unpaid workers in an enterprise operated by a member of the family; and (b) all those who were not working but who had jobs or businesses from which they were temporarily absent because of vacation, illness, bad weather, childcare problems, maternity or paternity leave, labor-management dispute, job training, or other family or personal reasons, whether or not they were paid for the time off or were seeking other jobs. Each employed person is counted only once, even if he or she holds more than one job. Excluded are persons whose only activity consisted of work around their own house (painting, repairing, or own home housework) or volunteer work for religious, charitable, and other organizations.

There are so many things wrong with this definition.

To begin, “the reference week” refers to a week when the people at the BLS decided to conduct a phone survey. That’s the source of these magnificent numbers everyone is clamoring about – random phone calls.

And if someone worked a single hour on a family farm and got paid for it, or worked 15 hours without pay during that week, they’re counted as employed. But that’s not the most important point. 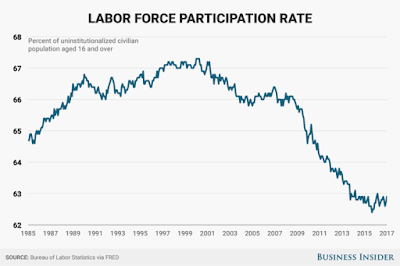 And no, baby boomers retiring do not account for this dramatic downward shift that just happened to begin following “The Great Recession.” Many baby boomers can never retire in the first place, having to deal with soaring costs of living while also being robbed of any earned interest on savings, CDs, or treasury bonds thanks to central banks lowering interest rates into oblivion.

How does the BLS define workers who are “not in the labor force?”

In a nutshell, workers who are no longer drawing unemployment income, haven’t worked in 12 months, and have given up looking for work.

Not in the labor force (Current Population Survey)
Includes persons aged 16 years and older in the civilian noninstitutional population who are neither employed nor unemployed in accordance with the definitions contained in this glossary. Information is collected on their desire for and availability for work, job search activity in the prior year, and reasons for not currently searching. (See Marginally attached workers.)

Here's where things get really revealing. Pay close attention to this last definition.

Marginally attached workers (Current Population Survey)
Persons not in the labor force who want and are available for work, and who have looked for a job sometime in the prior 12 months (or since the end of their last job if they held one within the past 12 months), but were not counted as unemployed because they had not searched for work in the 4 weeks preceding the survey. Discouraged workers are a subset of the marginally attached. (See Discouraged workers.)

Furthermore, “discouraged workers” are defined as:

Discouraged workers (Current Population Survey)
Persons not in the labor force who want and are available for a job and who have looked for work sometime in the past 12 months (or since the end of their last job if they held one within the past 12 months), but who are not currently looking because they believe there are no jobs available or there are none for which they would qualify.

So, in the end, people who gave up looking for work a long time ago are not considered to be unemployed at all. Does this really sound like a reasonable method of counting the unemployed segment of the population?

In addition, there is nothing to be said in the numbers about the quality of employment. Even if it were true that unemployment is at a 49-year low, does that translate into economic prosperity for all?

Working three jobs, say, at Target, Wal-Mart, and McDonald’s counts as being employed.

Can you pay your rent? Maybe. Maybe not. You might be living in your car and reading this from a desktop computer in your local public library. 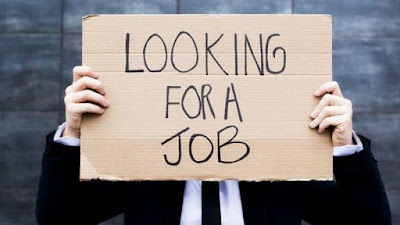 But hey! You’re employed. Happy days are upon us.

While many prefer to blame things on this politician or that political party, that kind of dichotomous thinking has no real significance when looking at long-term trends.

In conclusion, the official economic numbers put out by the government, as Peter Schiff puts it in his book The Real Crash, are

A brief analysis of the methods used to create these numbers confirms this assertion beyond any reasonable doubt. It’s not hard to see why the unemployment rate is inaccurate.

This holds true across administrations.

It’s true for the Trump administration.

It was true for the Obama administration.

G.W. Bush, Clinton, Bush Sr., Reagan, Carter, and every previous administration conducted business in the exact same fashion, going back all the way (at least) to President Woodrow Wilson, who signed The Federal Reserve Act into law on December 23rd, 1913.

Speaking of which, what did Wilson say about America’s system of credit after he signed this ruinous law?

Just over 100 years ago, in 1916, President Woodrow Wilson said the following, according to official Senate documents:

Posted by Brian Dean Nibley at 3:36 PM No comments:

Kevin Zhou is head of trading at Galois Capital, a crypto hedge fund.

We asked Kevin about the top five high-level trading tips for crypto traders. Here are his answers.
1) Don’t Overtrade

One of the biggest mistakes that traders make involves getting overzealous with the whole process of trading itself. According to Kevin, instead of staring at charts and executing trades all day,

“You should be spending most of your time researching.”

This simple statement contains a lot of wisdom. Very little time needs to be spent executing trades. It’s all about knowing what coins have potential and why.

Just how often should you be trading if you have a day job? The answer is probably a lot less frequently than you might imagine.

“I mean like once a quarter…one trade a quarter.”

2) Seek Out High Liquidity Markets and Beware of Slippage

Markets with thin liquidity make you a victim of slippage, meaning you don’t get the best asking price for all of your trades.

This point is commonly talked about but not widely understood.

Kevin puts it well when he says

“It pays more to be a contrarian. You always want to be the first optimist or the first pessimist. The key is really to be one step ahead of the average person.”

Being the first to contradict prevailing market sentiment means that you will be ahead of the game and enter trades with better timing.

4) Trading is a Full-Time Job

Kevin reminds us that there is always another person on the other side of any trade. You have to consider what that other person is thinking. Do they know something you don’t?

“I don’t think you want to go up against someone who spends their entire life doing this stuff.That’s why it’s best to keep in mind tip number one and invest for the long-term."

5) Be Humble and Rational

Another important thing, according to Kevin, is to be disciplined, humble, and approach everything from a rational perspective rather than an emotional one.

If you make a few winning trades, don’t get caught thinking you’re the next Warren Buffett. This mindset will land you in the red most of the time.

In summary, when trading crypto, be mindful of five things. Do your research, trade long-term and infrequently if you have a day job, go where the liquidity is, be a contrarian, and don’t get too prideful or emotional.
Posted by Brian Dean Nibley at 3:17 PM No comments: