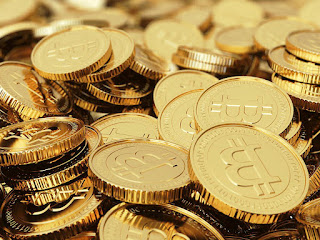 Yet again, something epic has occurred in the cryptocurrency markets.
Bitcoin has seen its market cap soar to record highs as of late, reaching as high as 7.22 Billion USD.  This represents a move upwards from $6.9B just two days ago.  This means that over $250 million has flowed into Bitcoin in a forty-eight hour period.
The more one zooms out in the timeline, the more impressive the figures become.  For example, looking two weeks back, market cap was sitting in the ballpark of 6.7B USD.  So the recent $250 Million rise comes on top of a $200 million rise over the previous several weeks.  That totals $450 million in new capital in a very small timeframe.
That $450 million becomes part of an even larger context upon zooming out farther.  Back in September 2015, market cap was only a fraction of its size today - around $3 Billion.
All in all, we have seen well over four billion dollars worth of new capital, seemingly from out of nowhere, surge into this digital commodity.  This brand new form of virtual gold, first of its kind, backed by revolutionary block chain technology changing the world in almost too many ways to conceive.  It’s not difficult to understand the appeal of a decentralized, peer-to-peer ledger system using a finite commodity over a centralized control system using infinite pieces of paper.  The far more interesting question becomes this: why now?
In the past, external events have borne a rather obvious correlation to rises in Bitcoin.  The Greek banking crisis of April 2013 for example saw new nominal record highs for the digital currency at the time.  Other financial and geopolitical events around the world have had similar effects.
This time may have to do with China, as Zerohedge speculated may happen as far back as September 2015.  They noted that 2.2 Trillion in Chinese deposits may be seeking to escape capital controls at some point in the near future.  If anything even close to that does describe what’s going on, this will prove to be the early beginning stages of a massive bull market in cryptocurrency.  This bull run will play out over several years, and will surpass the rise of Internet stocks and related technologies of the late 90s.
How do I know this?  Simple – if the current rate of market cap increase were to continue, it’s not difficult to project the price trajectory.  Parabolic won’t even be the correct word – more like volcanic eruption of epic proportions.
And none of this analysis takes into account the all-important factor of “halving” – the time when, every four years, bitcoin miners get rewarded with 50% fewer coins for solving a block (See Coindesk.com and other bitcoin forums for more information on halving and mining).  The last halving saw bitcoin jump from single digits to quadruple digits in short order.  What will the next halving bring, set for July 2016?
Feel free to leave your thoughts in a comment below, and share this post on social media.

Posted by Brian Dean Nibley at 11:57 AM No comments:

End of US Dollar bull market?

As the above chart shows, the US Dollar Index has broken key technical support.  This indicates that the topping process illustrated by the horizontal purple line may be coming to an end.  Indeed, this explanation jives with what we have witnessed the past weeks and months in financial markets.

Stocks and commodities have been rebounding from their depths back in February.  As one trader on CNBC noted, "Everything made sense back then [two months ago] - oil was down, stocks were down, gold was up....now nothing makes sense".

Nothing makes sense from any fundamental or technical perspective, yes.  Yet from a currency perspective, it's all very simple.

A sharp decline in the dollar's value (which means its value relative to other fiat currencies, because fiat currencies have no intrinsic value by nature and as such their value remains a matter of pure subjectivity) would lead to a levitation of all dollar-denominated assets.  So while it appears everything has been rising....the dollar has been falling, causing asset prices to be denominated in higher nominal terms.

Dr. Paul Craig Roberts has often referred to the three massive bubbles of our time: the dollar, the stock market, and the bond bubble.  If the dollar bubble bursts first, they all go.  And as this very early phase of what may turn into a longer-term trend continues....that outcome becomes more and more a real possibility.

No matter what, it appears that central banks remain determined to prop up asset prices at all costs, and to prevent any sort of financial losses from happening on paper.  Keep the %1 happy by showing them large numbers in their asset valuations, and throw the masses populist puppet candidates in politics to occupy themselves with.  That appears to be the strategy here.

It only works until it doesn't.  With every prolonging of the inevitable, the final fall from grace only ensures itself to be more epic.

Speaking of epic, Janet Yellen's recent meeting with the President was historic.  The last time that happened?  Just before the housing crisis of 2008.  Imagine that.

Posted by Brian Dean Nibley at 11:54 AM No comments:

April 19th, 2016 will indeed be remembered as a historic day.

The Chinese have announced their involvement in precious metals markets.  This has caused dramatic spikes in silver and gold in USD terms.  Silver has reached new highs for 2016, touching $17/oz., while gold appears to be holding above the important $1250 mark (4/20/16 Update – gold has since fallen just below that mark).

Here’s what Zerohedge had to say about today’s moves:

As we reported earlier, the buying accelerated this morning, when ongoing demand for the precious metal pushed it to fresh 10 month highs above $17/ounce. One reason suggested for the buying came from Reuters, which said "that there is heavy buying in silver in Shanghai, and that has triggered buying in gold as well," said Ronald Leung, chief dealer at Lee Cheong Gold Dealers in Hong Kong.

This may just be the beginning as technicians are finally starting to pay attention.

The timing of these moves was not made at random by the Chinese.    Once again the East has proven to be three steps ahead of the West in the game of geo-political chess.

Note that no matter what the motivations behind this move, or whether or not the rally sustains itself, technical levels have been breached in both SLV and GLD.  Therefore, one can expect this to be the beginning of a bigger move, as Zerohedge states.

Indeed, when looking at the 5-year chart for Silver, it seems obvious the downward trend has been broken.  And if you zoom-in and look at the 1-year or the 3-month…WOW.

Just today, CNBC covered “Silver’s Sterling Rally”, and even they pointed out the brilliance of the charts.  This has been one of the most long-awaited moves in history.  And it has only just begun.

For years, silver was so undervalued that demand kept building and building.  As I’ve noted before, in the first quarter of 2016 alone, more American Silver Eagle coins for investment purposes were sold than during the entire year of 1996.

As central bankers take us deeper into the black-hole oblivion of negative interest rates, more and more people will rush into silver and gold to avoid such insanity.


The system has begun to come unhinged at the seams.  A global avalanche of epic proportions has been initiated, and nothing will stop it.  One can either stick one’s head in the snow and say it’s not happening, or prepare to jiu-jitsu that monstrous momentum into something beneficial.

What choice will you make?  Feel free to leave your thoughts in a comment below, and share this post on social media.
Posted by Brian Dean Nibley at 2:06 PM No comments: