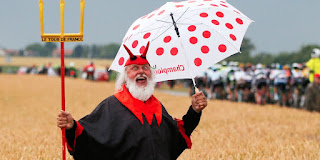 I have written about the war on cash in the past.  And I indicated, as any rational observer must, that it will not end well for the average person.  A war on cash constitutes on war on freedom and individual sovereignty.  That can only diminish our liberties and way of life.

Yet it appears as though the war on cash has begun to accelerate.  Only several months ago, the war on cash was more or less an idealistic interpretation of a bankers' ideal society: one in which banking institutions can monitor and control every single financial transaction on the face of the globe.

And the bankers have now taken one giant step further towards such a tyrannical regime.


"Following the denial in February that this action is in any way about reducing cash, The ECB has made its decision on the EUR500 Bill:
And just like that the second highest denominated European bank note in circulation (after the CHF1000 Bill) is dead…"

This assault on individual sovereignty has progressed with alarming speed.  It usually takes years for such radical ideas to become reality.  The public must acquiesce to them over time.  Not the case here.  No time for programming - must tighten the noose right away.  This reeks of desperation.

It cannot be coincidence that the war on cash has begun to accelerate at a time when "unconventional monetary policy" has reached its ultimate crescendo: Negative Interest Rate Policy (NIRP).

NIRP has now become reality in about 25% of the sovereign nations on Earth.  Among them, many smaller European nations, along with Japan, the 3rd largest economy in the world.

While mainstream media downplays the significance and impact of NIRP, the direct destruction of capital has now become accepted practice.  This has never occurred in 6,000 years of human history.  Yes, tyrants have always sought to confiscate wealth - whether through inflation, taxation, or direct confiscation.  Yet never before have they ever pursued the direct confiscation method through the inversion of the global financial system itself.

Negative interest rates represent the inversion of everything that allows a credit-based system to function (and never before has such a system been under the direct control of world bankers colluding with one another). All businesses that profit from lending practices and the interest made thereupon can no longer exist.

As Zerohedge reported several days ago Germany's largest bank has called for NIRP to be extended further still...

"According to DB's Dominic Konstam, now that the benefits QE "have run their course", it is time for the next, and far more drastic step: "the ECB and BoJ should move more strongly toward penalizing savings via negative retail deposit rates or perhaps wealth taxes. With this stick would also come a carrot – for example, negative mortgage rates." "

So people will be taxed on their deposits, then paid with that same money to buy a house.  The idea sounds like a bad comedy skit.  It really might be hilarious if it weren't so dire a situation.

The war on cash represents bankers at their worst.  Central banks will stop at nothing and never hesitate to grasp at any straw in order to further degrade individual sovereignty, whether through NIRP or other oppressive policies.  Resist by becoming your own central bank.

[Edit: NIRP has become necessary at this time to due excess levels of leveraged debt within the global economic & financial system.  This subject will be elaborated upon further in later posts.]

Posted by Brian Dean Nibley at 3:05 PM No comments: