Bitcoin is Dead as a Doornail – All Crypto Will Soon Go to Zero and Beyond? 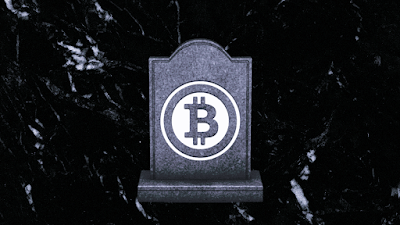 Here’s a fun fact: Try typing “Bitcoin is” into Google and see what comes up.

The top suggestion by Google to fill in this blank? You guessed it.

Some news outlets claim that just because the Baakt BTC futures platform has been delayed multiple times due to regulatory concerns that the entire cryptocurrency sector is in decline. Nothing could be further from the truth.

While Baakt gets delayed, other parts of the Crypto community continue to see explosive growth. Kraken, one of the world’s oldest and largest cryptocurrency exchanges, is in the middle of a hiring spree with dozens of jobs available. 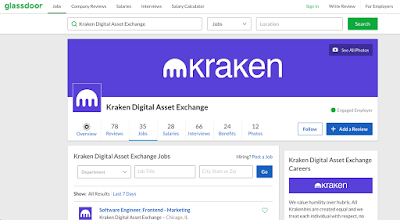 It’s true that many other crypto companies have been laying off staff during the last six to nine months.

But does that indicate a declining crypto economy or simply an overzealousness by some select organizations?

There are many indications that institutional investment in crypto is at hand, even though Baakt is waiting on further regulatory clarity before proceeding with its physical-settlement BTC futures.

And to be clear, the fact that some large institutions are awaiting guidance from regulatory bodies says nothing of the value of bitcoin or the future of cryptocurrency and blockchain. It just means that regulators are late to the game and continue to drag their feet.

The rise and fall of the BTC/USD price aren’t the most important part of the story. Just look at the steady rise of new bitcoin user wallets created during the last several years: 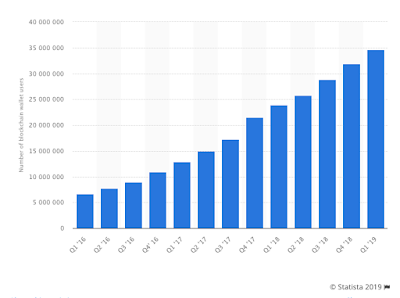 This indicates that crypto is catching on despite so much fake news claiming the contrary. Bitcoin is not dead.

One thing that mainstream critics love to cling to when it comes to hating on crypto is high-profile hacks, even if those attacks amount to little in the grand scheme of things.

This May, it was announced that Binance got hacked and lost $40 worth of BTC as a result. Poor Binance.

Fortunately for Binance wallet holders who made the unwise decision to hold their private keys on an exchange, Binance has a fund that will compensate such users for their losses.

And even without such a fund, the exchange will make the equivalent amount in profit in about six weeks.


The “security breach” as Binance is referring to it as, resulted in 7,000 BTC being stolen from the exchange using advanced methods that helped the hackers remain undetected. The stolen Bitcoin at today’s prices, brings the total loss at the hands of hackers to roughly $41 million dollars – an amount Binance will be able to recoup completely in just 47 days, according to one crypto analyst.

Despite this terrible news, the price of BTC/USD continued to rally beyond $6,000.

How can this be? Shouldn’t the sky be falling all over the place? If bitcoin is dead, red candlesticks ought to be on every BTC chart in the world.

Something else must be going on, of course. While a $40 million hack makes for some great doom and gloom headlines, it pales in comparison to the potential market impact of institutional investors entering the crypto space.

One of the biggest institutional names in the crypto game is Fidelity Investments.

After much fanfare, Fidelity has finally announced that it will indeed be getting into the digital asset space.

Fidelity Digital Assets promises to lead the way in terms of institutional investors in the cryptocurrency sector. This is only the start of what is to come.


Bitcoin has reached a market cap of over $100 billion without any big-name players or “smart money” being in the market. What might happen once the flood gates are opened?

Perhaps the biggest reason institutional investors have so far been hesitant to enter the cryptocurrency space has to do with their uncertainty with regard to cybersecurity.

Having worked in the crypto space developing advanced trading and custody solutions since 2013, it’s clear to our COO @WhiteAdamL that ironclad infrastructure and a security-first mindset are fundamental to storing digital assets https://t.co/FivUb8bZtw
— Bakkt (@Bakkt) April 29, 2019

There have been many high-profile hacks of large cryptocurrency exchanges that have resulted in over $1.6 billion worth of coins being lost, according to Coinbase’s State of the Blockchain report for Q2 2018. [This data is about a year old now and doesn't include the Binance hack of 2019.]

Fidelity, however, has a lot of experience with these kinds of security concerns.

The company has a proven track record of dealing with enterprise security and public/private key cryptography. Fidelity plans on incorporating their knowledge and existing practices already used in other parts of their business into their new digital asset custody platform. 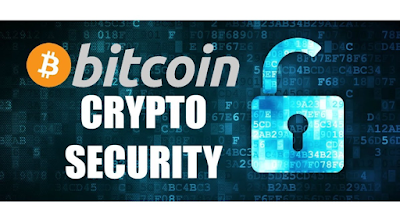 They will use offline cold storage for the bulk of their digital assets, as many existing exchanges do. This is the safest method when it comes to crypto custody. And while it’s possible for any individual to do the same with their own private keys, most people don’t know how to do it.

That’s why institutional investors have already begun to accept the idea of a Fidelity crypto exchange.

TD Ameritrade, E*TRADE and TradeStation expressed a desire to create something like what Fidelity has done, but so far haven’t made any bold moves.

While the above companies failed to act, some people have not. David Swensen, who manages Yale University’s endowment, for example, invested in two large cryptocurrency funds. Swensen is widely considered one of the world’s top money managers.

With the rise in new user wallets, the rise in price, and the adoption from institutional investors, you can stick a fork in this asset class.

Bitcoin is like a cross between a phoenix and a jellyfish. When jellyfish are faced with death, they expel all of their reproductive fluids, leading to the creation of tons of new jellyfish.

Each time Bitcoin dies, it comes back stronger, like a phoenix rising from the ashes. It also brings more investors, more innovators, and more altcoins. Jellyfish.

Posted by Brian Dean Nibley at 6:30 AM No comments: