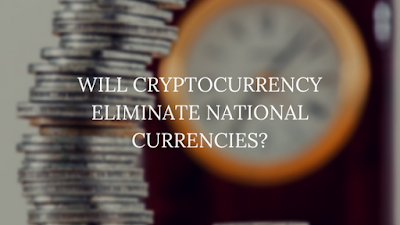 Throughout the twentieth and twenty-first centuries, central banks have managed to gain control of almost the entire global money supply. They have enacted strict manipulation of national interest rates and formed a total monopoly on currency creation.
We are all beholden to the policies enacted by central banks. A 2012 clip from CNBC describes this reality quite well:


For the first time in history since colonial times, Bitcoin does allow some measure of sovereignty.
The history of money is a broad topic that has been covered in thorough detail by countless other sources. It can be hard to zero-in on a single aspect of this issue as it goes so deep on so many levels.
For now, let us focus on the fact that individuals and nation-states no longer have a need for central bank-created fiat currencies. What are the implications of this miraculous new potential? How can it come to fruition? What nation-states have already acted to this end? And how can this benefit us all?

Of course, the great irony of countries creating their own cryptocurrencies is that crypto prices are still denominated in fiat terms. When people check the price and market cap of any coin on Coinmarketcap.com, for example, they see the price in USD.
But all of that becomes irrelevant once a national economy switches over fully to a crypto-based system. Real prices can be denominated in terms of crypto and nothing else. Citizens can use smartphones, tablets, laptops, or hardware wallets to transact with each other directly or through crypto-connected point-of-sale systems. 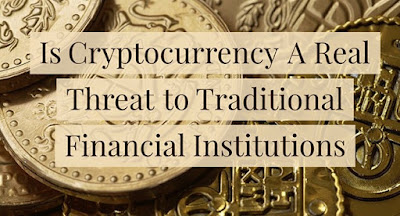 To date, this has never happened. But what might the world look like if it were the case? Could countries and their citizens benefit from a cryptocurrency national currency, or at least from a Bitcoin Standard? How close are we to such a world?
Fortunately, progress is already being made to this end by several countries, many more than can be covered here.

" ...the notes take the form of a physical card that is secured with a blockchain-enabled microprocessor. They offer “immediate” transaction validation, zero fees and requiring no internet connection to use... "

Of course, the nation seems smart enough to not completely replace the USD, at least not yet. Perhaps they have become aware of what tends to happen to countries that attempt to circumvent the dollar.

In contrast to The Marshall Islands, the Native American country within the United States of America intends to eliminate its dependency on the USD altogether.
Mazacoin will be the only sovereign currency of the Lakota Nation. The coin is also hoped to be used by other parts of the Native American tribal community as well, but will first launch in Lakota.

Venezuela is another nation that has created its own cryptocurrency. The “Petro” is tied to the value of oil. In the midst of an ongoing economic crisis fueled by crippling American sanctions, the country has been forced to pursue new financial options. Thus, the Petro was born. 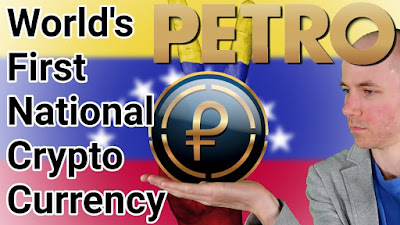 The Petro is a serious threat to US dollar hegemony.
It’s no surprise then that America and NATO have already attempted to infiltrate the Venezuelan government with an imposter.
How hilarious is it that America talks of Russian election meddling via some sort of periphery influence while America attempts to directly install a new president in the government of Venezuela? Can there be any greater form of hypocrisy? How does the world not see through such a sham?

While not exactly a cryptocurrency national currency just yet, the famous R&B artist known as Akon made headlines in 2018 with Akion.
Akon is a genius when it comes to entrepreneurship and financial empowerment. Years ago, he spearheaded a movement called “Lighting up Africa” that brought electricity to large numbers of African citizens.
And now he has leveraged the capacity of crypto to create a new nation-state with its own cryptocurrency national currency. Few would even conceive of such a thing as being possible. But with blockchain, that which was once only dreamed of can now become reality. 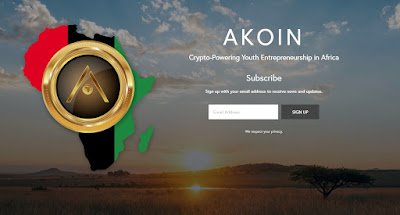 Akon deserves praise for his ingenuity and his willingness to help those who have been excluded from the financial system.

The use of alternative currencies creates an opportunity for true monetary freedom for the first time in modern history.
The Mala Islands, Venezuela, Lakota, and Akoin are four examples of a cryptocurrency national currency potentially coming to fruition. 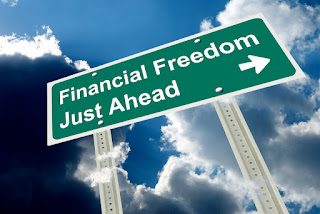 Back when only gold and silver coin counted as a legitimate currency, everyone was more or less in control of their currency. It wasn’t subject to the whims of a tyrannical banking institution. There was no currency creator that could choose to debase the currency of the people by creating trillions of units of fake paper wealth out of thin air as is happening today.
Today, financial autonomy is no longer out of reach for billions of people who are known as “the unbanked,” meaning they have no way to access the broader financial system. With nothing more than a smartphone, these people can now have some sort of involvement with finance that doesn’t have to involve central banks.
The creation and adoption of national cryptocurrencies will benefit everyone, banked or unbanked.

Posted by Brian Dean Nibley at 10:34 PM No comments: