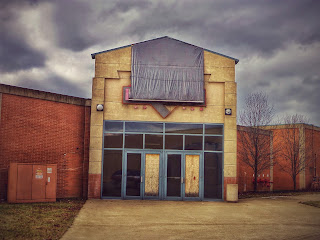 For years now, dozens of formerly successful businesses have been closing up shop - a scenario referred to as the retail apocalypse. Some have closed large numbers of stores while others have gone bankrupt entirely. Many contend this has something to do with Amazon. It does not. Online purchases only account for 10% of all retail sales, according to 2017 US Census data. The Wall Street Journal reports that Toys R' Us will be closing all American locations. Business Insider notes that despite the overall retail apocalypse, some chains, such as Kohl's, have continued to thrive. This contradicts the "Amazon did it" narrative.

To believe that online shopping somehow created this drastic decline in business for so many chains that often don't even sell the same products that Amazon does is simply ludicrous.

A lack of cash creates a retail apocalypse

While many factors must be involved, this is not a complex equation. The answer is simple. People have run out of cash. Currencies have been devalued by central banks to the point of reducing the average person's purchasing power far below their ability to consume frivolous goods, let alone make a living to support themselves.

Nowhere has the underlying cause of the retail apocalypse become more apparent than in welfare and unemployment statistics of America. One out of three Americans is no longer in the workforce - not working and not looking for work. While this number has ticked down slightly during the last year, it seems to not be enough to change the overall situation. Furthermore, someone working part-time at Burger King would technically be in the labor force, but they wouldn't be able to buy anything.

Half of all Americans receive some sort of check from Uncle Sam each month. Many of these are social security recipients, and so they're not on welfare per se. Yet half of the American tax dollars now go to support those who can no longer support themselves. Programs such as Medical and EBT (food stamps) and Section Eight Housing have not been alleviating poverty in the slightest, as evidenced by the fact that an increasing number of people have come to rely on these programs for basic survival. It's no wonder we're in the midst of a retail apocalypse.

The retail apocalypse goes beyond politics

The retail apocalypse has nothing to do with any particular president, politics in general, minimum wage, welfare, immigration, Amazon, or any other factor often scapegoated for the decline of the American economy. Simply put, central bank-sponsored monetary policy has ensnared governments of the world in a never-ending, inescapable downward spiral of debt. Individual citizens find themselves in a similar situation, being part of that same system, although they may have no awareness of this fact.

By creating endless currency units out of thin air, thereby debasing currencies, monetary policy decreases purchasing power for the entire world. Bailing out big banks who function as parasites of the real economy by extracting wealth in the form of fees and fraud further depletes the supply of real goods and services. Nowhere has this become more evident than in the collapse of M2 money velocity.

Offshoring of jobs also played a large part in this retail apocalypse. The actions of politicians appear to have led to the decision to create so-called free-trade agreements that allowed jobs to be sent elsewhere. But who do politicians really take their orders from? Why does every politician promise certain things during a campaign, only to reverse course once in office? Could it be that once elected, they learn who their true masters are (the bankers)? Have remarkable and honorable American presidents like Lincoln, Jackson, Kennedy, and Reagan been victims of forces beyond their control?

Ecological factors also play a role in the retail apocalypse

There's another factor at play here that is even less talked about. Historically, 75% of GDP has been provided by mother nature in the form of natural resources. The extraction, refinement, and distribution of resources create tremendous value in countless ways, including many jobs. But today, ecologies around the globe have begun to falter. Resources have grown scarcer.

The fountain of youth and prosperity we once had in mother Earth is becoming a well run dry by our own making.

All in all, the retail apocalypse continues unabated. How much longer before nothing is left?
Posted by Brian Dean Nibley at 10:50 PM No comments: