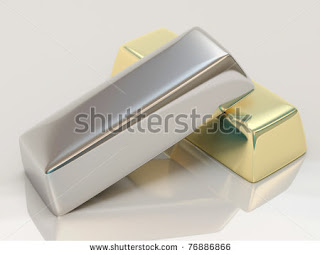 Deutsche  Bank has failed to deliver physical gold to its customers who supposedly own some.

Of course, as has been said many times before, if you can’t touch it, you don’t own it.  This lesson has been learned the hard way by those who have attempted to get their gold out of Deutsche Bank.

Gold and silver have outperformed all other assets so far in 2016, with silver being up almost 50% and gold being up nearly 25%.  No better way of safeguarding one’s wealth exists.

Former CIA analyst Jim Rickards recently went on RT’s The Keiser Report with Max Keiser to promote his new book, “The New Case for Gold”, in which he describes the modern reasons for owning gold which differ from those of thirty years ago.  He said on the show that investment of about ten percent of one’s net worth into gold will be adequate to preserve one’s wealth.

Personally, I believe that twenty percent in silver is a much better proposition.  Unless you are rich, you won’t be affording gold in the first place.  Silver is the gold of common folk, and thus far this year silver has vastly outperformed gold and has the potential to do so even more in the future.

Many have said that this precious metals bull market has only just begun.  While only time will truly tell, it seems almost certain that this hypothesis will be proven correct.  With such unprecedented monetary stimulus combined with geopolitical uncertainty, its difficult to imagine any other scenario playing out.

Brexit, NIRP, terrorism, stock and bond bubbles….the list goes on.  All of these things, while terrible in and of themselves, bode quite well for the precious metals markets.  The reasons will not be elaborated upon here for each specific case.  Anyone can do further research on their own if desired.  Put simply, all of these scenarios add to uncertainty, which leads capital to seek safety.  As stated before, no better safety exists than physical silver and gold.  Many have begun to see this reality, and many more will do so in the near future.

Just eight months ago, silver was trading around 14 dollars and ounce.  Now it’s trading near $20 an ounce.  The big banks can no longer keep the price suppressed through artificial means.  The cat has been released from the bag, and it has only just begun.
Posted by Brian Dean Nibley at 12:39 PM No comments: