Blockchain and the Decentralized Revolution

Why was Bitcoin created? 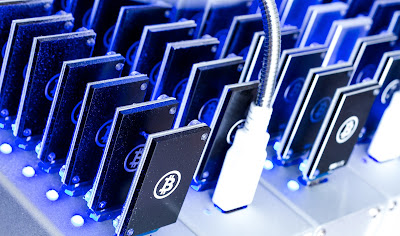 This is an important question that often goes unasked in most modern discussions about Bitcoin. But to answer this question is to peer into the very heart of the decentralized revolution and to discover the meaning of crypto’s true value.

According to the Satoshi Nakamoto whitepaper, the Bitcoin protocol was invented in response to the financial crisis of 2008/2009. The crisis of 2008 saw the global economic and financial system brought to its knees by international banks.

In the eyes of the person or group who wrote the Bitcoin white paper, a new method of conducting financial transactions was necessary in the wake of this epic financial calamity. And many would agree with this premise.

Given that banks have trillions in derivatives on their books and only have a tiny fraction of capital to fall back on should those derivatives go bad, there needs to be a better way for individuals and institutions alike to store and exchange value. 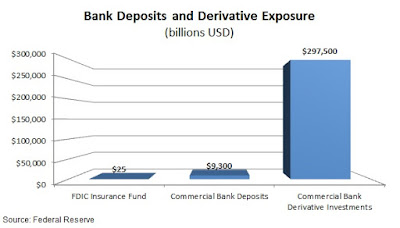 JPMorgan Chase Bank alone has over 56 Trillion US dollars-worth of derivatives on its books. This is one of many problems that are fueling the decentralized revolution.

The Problem with the Existing Financial System

As we saw in 2008, the traditional banking system fuels fraud and corruption. Banks can be leveraged thousands of times over,  creating exponentially more systemic risk than if they were solvent institutions.

Banks are inherently insolvent. What this means is that by their very nature, banks, as we know them today, do not have anywhere near the number of assets that they need to cover their liabilities. The reason for this lies in the method that banks use to manage their assets – fractional reserve banking.

The term “fractional reserve” refers to a financial entity that only holds a portion of its assets in reserve. The rest of its assets are loaned out in order to earn interest. Today, banks typically hold about 10% of their deposits on-site. The remaining 90% is not really there.

This system works just fine so long as depositors don’t decide they need their money all at once. When this happens, the event is called a “bank run.” Bank runs cause banks to collapse. They cannot handle the demands placed on them as they do not have the assets necessary.

The concept of a bank run illustrates not only the fraudulent nature of fractional reserve banking but another perhaps more important feature of the financial system. You do not own the assets you hold in a bank. They are not really yours. They belong to the bank the moment you deposit them.

Financial Ownership in the Decentralized Revolution

With cryptocurrency, on the other hand, you are the sole owner of your cryptographic coins. You can store them in any manner you please. Transactions can be made independent of any third-party and can be done in private.

Crypto payments are the best way to move money from Point A to B!! Once the LTC or BTC is received, HODL it, spend it, or convert to FIAT. You decide what to do with your money, not a 3rd party(Banks) who have their own interests at heart!! #PayWithLitecoin #Bitcoin pic.twitter.com/r1yVTccVaR
— Jon Moore (@jonnylitecoin) July 3, 2018

While this is certainly a giant leap forward for finance, the Bitcoin blockchain has run into its fair share of difficulties.

The most notable and often discussed difficulty is the ability to scale. Bitcoin was not built to handle large amounts of transactions or process them quickly.

As a result, Bitcoin has become more of a store of value than anything else. But other platforms promise to take its place as a medium of exchange and financial utility.

Avesta and the Decentralized Revolution

Avesta represents the next evolution of the decentralized revolution. With Avesta, financial transactions can be accomplished with ease, rapidity, and at low cost. The utility value is not limited as it is with other cryptocurrencies.

Avesta capitalizes on the intrinsic value of crypto to create additional ways to transact on the blockchain. Entertainment, banking, e-commerce and more can all be accomplished using Avesta.
Posted by Brian Dean Nibley at 2:00 PM