Lethal Dose of QE On Its Way 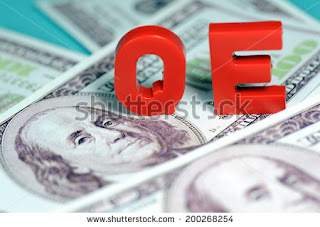 On Friday, Janet Yellen hinted at the possibility of unprecedented monetary stimulus.  What form this might take remains unclear.  Yet only a few options exist - mainly, negative interest rates and helicopter money.  Japan has already instituted NIRP (negative-interest-rate policy), as have many European countries.  Japan has hinted at the possibility of helicopter money being necessary, seeing the ineffectiveness of NIRP.

A healthy economy needs interest rates.  As Peter Schiff has noted in his writings, savings are the bedrock of capitalism.  People use savings and interest income to invest.  Without a positive interest rate, the whole economy stalls out.  That’s what has been happening, as evidenced by the plunging velocity of money, something I have written about previously.

How anyone believes that NIRP can be a good thing lies beyond the scope of reason.  The only way it can be considered positive involves looking at the obscene amounts of debt in the system.  Interest rates must go ever lower in order to sustain more and more debt.  Imagine you have a credit card and keep charging more and more.  That’s fine, so long as your interest rate keeps on plunging, you will never have to make much of a payment.

Of course, everyone knows that’s just not how it works.  So it’s silly to think this charade can go on forever.  At some point things must reach a breaking point.  Years of stagnation seem destined to precede that breaking point, as we have seen in Japan.

The Fed’s balance sheet has ballooned to over $4 Trillion USD.  The next dose of QE may be in excess of $2 Trillion.  Like a drug addict, more and more stimulus is needed to prop up the economy, until finally….overdose.

What will be the ultimate outcome of this insane monetary experiment?  What are your thoughts?  Feel free to leave a comment below.
Posted by Brian Dean Nibley at 9:28 AM